In this gallery of sunglasses, we have 155 free PNG images with transparent background.

Sunglasses or sun glasses (informally called shades) are a form of protective eyewear designed primarily to prevent bright sunlight and high-energy visible light from damaging or discomforting the eyes. They can sometimes also function as a visual aid, as variously termed spectacles or glasses exist, featuring lenses that are colored, polarized or darkened. In the early 20th century, they were also known as sun cheaters (cheaters being an American slang term for glasses).
The American Optometric Association recommends sunglasses whenever a person is in the sun to protect the eyes from ultraviolet radiation (UV) and blue light, which can cause several serious eye problems. Its usage is mandatory immediately after some surgical procedures, such as LASIK, and recommended for a certain time period in dusty areas, when leaving the house and in front of a TV screen or computer monitor after LASEK. Sunglasses have long been associated with celebrities and film actors primarily from a desire to mask their identity. Since the 1940s, sunglasses have been popular as a fashion accessory, especially on the beach.
Sunglasses offer protection against excessive exposure to light, including its visible and invisible components.
The most widespread protection is against ultraviolet radiation, which can cause short-term and long-term ocular problems such as photokeratitis, snow blindness, cataracts, pterygium, and various forms of eye cancer. Medical experts advise the public on the importance of wearing sunglasses to protect the eyes from UV; for adequate protection, experts recommend sunglasses that reflect or filter out 99% or more of UVA and UVB light, with wavelengths up to 400 nm. Sunglasses that meet this requirement are often labeled as "UV400". This is slightly more protection than the widely used standard of the European Union (see below), which requires that 95% of the radiation up to only 380 nm must be reflected or filtered out. Sunglasses are not sufficient to protect the eyes against permanent harm from looking directly at the Sun, even during a solar eclipse. Special eyewear known as solar viewers are required for direct viewing of the sun. This type of eyewear can filter out UV radiation harmful to the eyes. 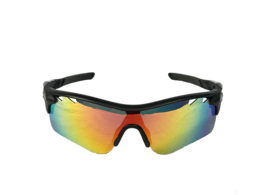 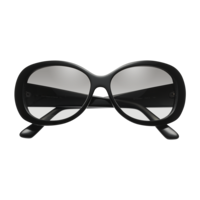 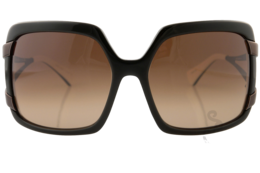 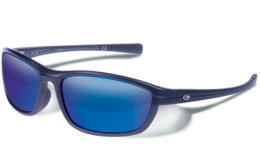