In this gallery of soil, we have 84 free PNG images with transparent background.

Soil is a mixture of organic matter, minerals, gases, liquids, and organisms that together support life. Earth's body of soil, called the pedosphere, has four important functions:
as a medium for plant growth as a means of water storage, supply and purification as a modifier of Earth's atmosphere as a habitat for organisms All of these functions, in their turn, modify the soil.
The pedosphere interfaces with the lithosphere, the hydrosphere, the atmosphere, and the biosphere. The term pedolith, used commonly to refer to the soil, translates to ground stone in the sense "fundamental stone". Soil consists of a solid phase of minerals and organic matter (the soil matrix), as well as a porous phase that holds gases (the soil atmosphere) and water (the soil solution). Accordingly, soil scientists can envisage soils as a three-state system of solids, liquids, and gases.
Soil is a product of several factors: the influence of climate, relief (elevation, orientation, and slope of terrain), organisms, and the soil's parent materials (original minerals) interacting over time. It continually undergoes development by way of numerous physical, chemical and biological processes, which include weathering with associated erosion. Given its complexity and strong internal connectedness, soil ecologists regard soil as an ecosystem.
Most soils have a dry bulk density (density of soil taking into account voids when dry) between 1.1 and 1.6 g/cm3, while the soil particle density is much higher, in the range of 2.6 to 2.7 g/cm3. Little of the soil of planet Earth is older than the Pleistocene and none is older than the Cenozoic, although fossilized soils are preserved from as far back as the Archean.
Soil science has two basic branches of study: edaphology and pedology. Edaphology studies the influence of soils on living things. Pedology focuses on the formation, description (morphology), and classification of soils in their natural environment. In engineering terms, soil is included in the broader concept of regolith, which also includes other loose material that lies above the bedrock, as can be found on the Moon and on other celestial objects as well. Soil is also commonly referred to as earth or dirt; some scientific definitions distinguish dirt from soil by restricting the former term specifically to displaced soil.
Soil is a major component of the Earth's ecosystem. The world's ecosystems are impacted in far-reaching ways by the processes carried out in the soil, from ozone depletion and global warming to rainforest destruction and water pollution. With respect to Earth's carbon cycle, soil is an important carbon reservoir, and it is potentially one of the most reactive to human disturbance and climate change. As the planet warms, it has been predicted that soils will add carbon dioxide to the atmosphere due to increased biological activity at higher temperatures, a positive feedback (amplification). This prediction has, however, been questioned on consideration of more recent knowledge on soil carbon turnover.
Soil acts as an engineering medium, a habitat for soil organisms, a recycling system for nutrients and organic wastes, a regulator of water quality, a modifier of atmospheric composition, and a medium for plant growth, making it a critically important provider of ecosystem services. Since soil has a tremendous range of available niches and habitats, it contains most of the Earth's genetic diversity. A gram of soil can contain billions of organisms, belonging to thousands of species, mostly microbial and in the main still unexplored. Soil has a mean prokaryotic density of roughly 108 organisms per gram, whereas the ocean has no more than 107 procaryotic organisms per milliliter (gram) of seawater. Organic carbon held in soil is eventually returned to the atmosphere through the process of respiration carried out by heterotrophic organisms, but a substantial part is retained in the soil in the form of soil organic matter; tillage usually increases the rate of soil respiration, leading to the depletion of soil organic matter. Since plant roots need oxygen, ventilation is an important characteristic of soil. This ventilation can be accomplished via networks of interconnected soil pores, which also absorb and hold rainwater making it readily available for uptake by plants. Since plants require a nearly continuous supply of water, but most regions receive sporadic rainfall, the water-holding capacity of soils is vital for plant survival.
Soils can effectively remove impurities, kill disease agents, and degrade contaminants, this latter property being called natural attenuation. Typically, soils maintain a net absorption of oxygen and methane and undergo a net release of carbon dioxide and nitrous oxide. Soils offer plants physical support, air, water, temperature moderation, nutrients, and protection from toxins. Soils provide readily available nutrients to plants and animals by converting dead organic matter into various nutrient forms. 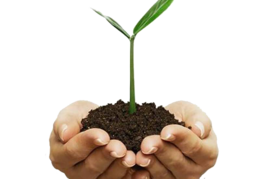 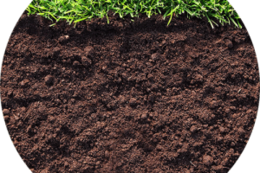 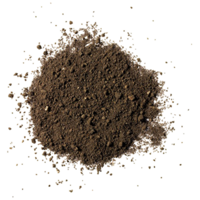 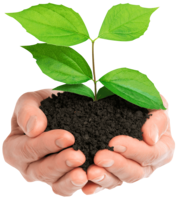 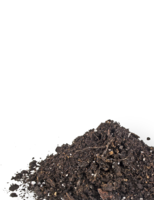 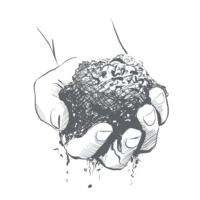 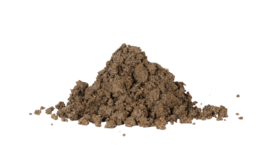 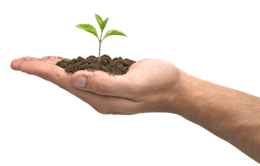 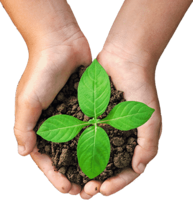