In this gallery of pac man, we have 102 free PNG images with transparent background.

Pac-Man (stylized in all capitals as PAC-MAN) is an arcade game designed by Toru Iwatani (1955–) of Namco, and released in Japan as PUCKMAN in May 1980. Licensed for distribution in the United States by Midway Games, it was released in October 1980, at a time when the top arcade games were "stark" space shooters such as Galaxian and Asteroids. Pac-Man established the conventions of the maze chase genre, and is considered to be one of the classics in video game history and an icon of 1980s popular culture. There may have been a gender divide between gamers in different genres; according to one estimate published in 1982, 60% of Pac-Man players were women, while 90% of those playing space shoot-'em-up Omega Race were men.
Pac-man is one of the highest-grossing video games of all time, having generated more than $2.5 billion in quarters by the 1990s. Adjusted for inflation, all versions of Pac-Man are estimated to have grossed over $12 billion in total revenue. The game and subsequent entries in the series became a social phenomenon that crossed over to other media, such as the Pac-Man animated television series in 1982, and the top-ten Buckner and Garcia single "Pac-Man Fever" in 1981.
Dozens of similarly styled "maze games" appeared over the next several years, with some becoming successful in their own right. The namesake character has appeared in more than 30 officially licensed game spin-offs, not to mention bootleg versions. In 2010, the Google Doodle version was estimated to have been played by over 1 billion people worldwide.
According to the Davie-Brown Index, the Pac-Man character has the highest brand awareness of any video game character among American consumers, with 94% recognition. The Pac-Man franchise is one of the longest-running video game franchises from the golden age of arcade games. Pac-Man is part of the collection of the Smithsonian Institution in Washington, D.C., and New York's Museum of Modern Art.
The player navigates Pac-Man through a dead-end-less maze containing dots, known as Pac-Dots, and four multi-colored ghosts: Blinky, Pinky, Inky, and Clyde. There is also a passageway from the left side of the screen to the right side, four Power Pellets spread out between quadrants, and fruits that appear in each level.
The goal of the game is to accumulate as many points as possible by collecting dots, fruits, and eating blue ghosts, while normally avoiding the four ghosts. When all of the dots in a stage are eaten, that stage is completed, and the player will advance to the next one. Between some stages, one of three intermission animations plays. The four ghosts roam the maze and chase Pac-Man. If any of the ghosts eat Pac-Man, a life is lost. When all lives have been lost, the game is over. The player begins with three lives, but DIP switches in the machine can change the number of starting lives to one, two, or five. The player will receive one extra life bonus after obtaining 10,000 points. The number of points needed for a bonus life can be changed to 15,000 or 20,000, or disabled altogether.
Near the corners of the maze are four flashing Power Pellets that provide Pac-Man with a temporary ability to eat the ghosts and earn bonus points that way. The enemies turn deep blue, reverse direction and move away from Pac-Man, and usually move more slowly. When an enemy is eaten, its eyes remain and return to the center ghost box where the ghost is regenerated in its normal color. Blue enemies flash white to signal that they are about to return to their normal color and become dangerous again, and the length of time the enemies remain vulnerable varies from one stage to the next, generally becoming shorter as the game progresses. In later stages, the enemies go straight to flashing after a Power Pellet is consumed, bypassing blue, which means that they can only be eaten for a short amount of time, although they still reverse direction when a Power Pellet is eaten. Starting at stage nineteen, the ghosts do not become edible at all, but they still reverse direction.
There are also fruits that appear twice per level, directly below the center ghost box; eating one gives 100 to 5,000 points. This table lists each stage, the type and value of the fruit that appears, how long the ghosts are blue when a power pellet is eaten, and how many times the ghosts flash before returning to normal 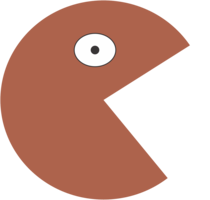 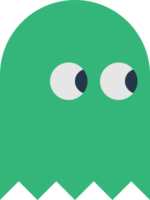 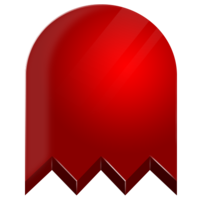 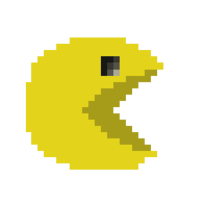 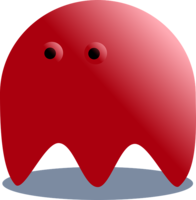 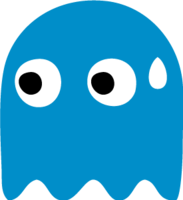 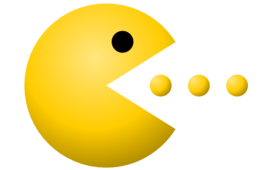 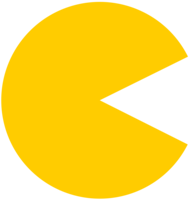 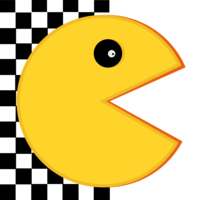 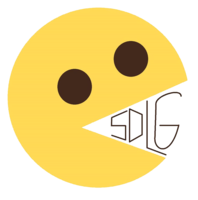 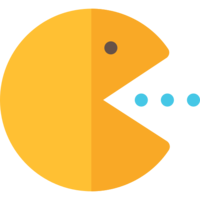