In this gallery of macaron, we have 127 free PNG images with transparent background.

A macaron or French macaroon is a sweet meringue-based confection made with egg white, icing sugar, granulated sugar, almond powder or ground almond, and food coloring. There is some variation in whether the term macaron or macaroon is used, and the related coconut macaroon is often confused with the macaron. In English, some bakers have adopted the French spelling of macaron for the meringue-based item to distinguish the two. In a Slate article on the topic, Stanford professor of linguistics and computer science Daniel Jurafsky describes how the two confections have a shared history, also shared with macaroni (Italian maccheroni). Prof. Jurafsky notes that French words ending with "-on" that were borrowed into English in the 16th and 17th centuries are usually spelled with "-oon" (for example: balloon, cartoon, platoon). In the UK, many bakeries continue to use the term "macaroon".
A typical macaron is presented with a ganache, buttercream or jam filling sandwiched between two such cookies, akin to a sandwich cookie. The confection is characterized by a smooth squared top, a ruffled circumference—referred to as the "crown" or "foot" (or "pied")—and a flat base. It is mildly moist and easily melts in the mouth. Macarons can be found in a wide variety of flavors that range from traditional (raspberry, chocolate) to unusual (foie gras, matcha).
Macarons have been produced in the Venetian monasteries since the 8th century A.D. During the Renaissance, French queen Catherine de' Medici's Italian pastry chefs made them when she brought them with her to France in 1533 upon marrying Henry II of France. According to Larousse Gastronomique the macaron was created in 1791 in a convent near Cormery. In 1792, macarons began to gain fame when two Carmelite nuns, seeking asylum in Nancy during the French Revolution, baked and sold the macaron cookies in order to pay for their housing. These nuns became known as the "Macaron Sisters". In these early stages, macarons were served without special flavors or fillings.
It was not until the 1930s that macarons began to be served two-by-two with the addition of jams, liqueurs, and spices. The macaron as it is known today, composed of two almond meringue discs filled with a layer of buttercream, jam, or ganache filling, was originally called the "Gerbet" or the "Paris macaron." Pierre Desfontaines, of the French p?tisserie Ladur?e, has sometimes been credited with its creation in the early part of the 20th century, but another baker, Claude Gerbet, also claims to have invented it. French macaron bakeries became trendy in North America in the 2010s.
There are two main methods to making a macaron - the "French" method and the "Italian" method. The difference between the two is the way the meringue is made.
In the French method, egg whites are whisked until a stiff-peaked meringue forms. From there, sifted, ground almonds and powdered sugar are folded in slowly until the desired consistency is reached. This process of knocking out air and folding is called macaronage.
The Italian method involves whisking the egg whites with a hot sugar syrup to form a meringue. Sifted almonds and icing sugar are also mixed with raw egg whites to form a paste. The meringue and almond paste are mixed together to form the macaron mixture. This method is often deemed more structurally sound yet also sweeter and also requires a candy thermometer for the sugar syrup.
Either Italian or French meringue can be combined with ground almonds.
A macaron is made by combining icing sugar and ground almonds into a fine mixture. In a separate bowl, egg whites are beaten to a meringue-like consistency. The two elements are then folded together until they are the consistency of "shaving foam", and then are piped, left to form a skin, and baked. Sometimes, a filling is added.
In Paris, the Ladure chain of pastry shops has been known for its macarons for about 150 years.
In Portugal, Australia, France and Belgium, McDonald's sells macarons in their McCaf's (sometimes using advertising that likens the shape of a macaron to that of a hamburger). McCaf macarons are produced by Chteau Blanc, which, like Ladure, is a subsidiary of Groupe Holder, though they do not use the same macaron recipe.
Outside of Europe, the French-style macaron can be found in Canada and the United States.
In Australia, Adriano Zumbo, along with his TV series MasterChef, have contributed to the macaron becoming a popular sweet treat, and it is now sold by McDonald's in its Australian McCafe outlets. 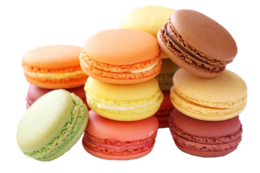 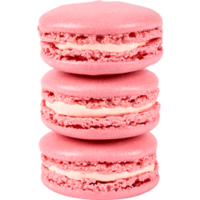 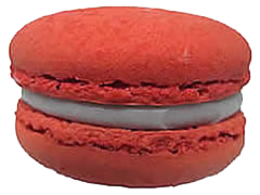 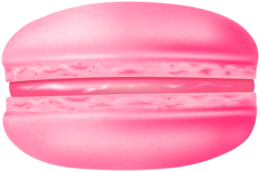 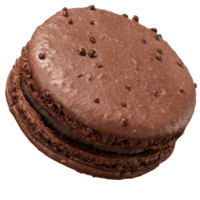 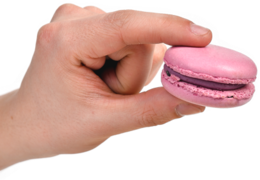 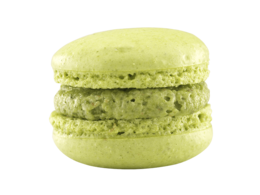 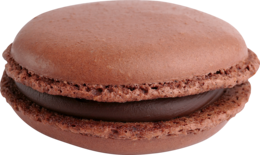 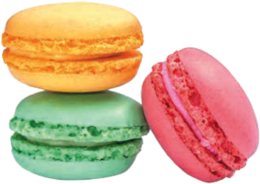